Buying a House in Spain : Choosing the Right Location 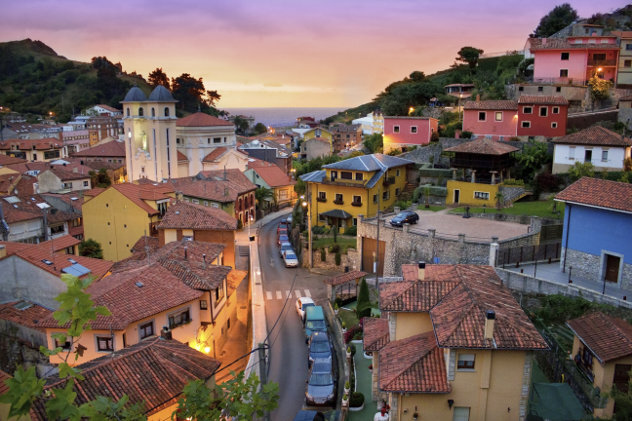 This article is part of a series of 8 articles about buying property in Spain. The other articles in the series cover the following topics:


Spain is a huge square-like country, with Portugal taking up almost all its western coast. With Madrid in the very centre, and with a driving time of around thirteen hours from north to south, the climate changes quite a lot and so doing a little research about the different regions is essential, if you want to make sure that you have chosen the right place to live.

The Regions of Spain

There are fifteen regions in mainland Spain and there are also the two regions of the Balearics and the Canary Islands. The northern regions of Spain include Galicia, Asturias, Cantabria, the Basque Country (País Vasco), all with northern coastlines and also Navarra, La Rioja and Aragón. These regions have proper winters though, when it comes to sunshine, they guarantee good temperatures from May to October and maybe in November as well. The regions of Castilla and Leon, Castilla la Mancha and Extremadura are all central inland areas and are mountainous regions, while the other regions of Catalonia (on the east coast) and Andalucia (stretching along the east and southern coasts), enjoy the Mediterranean beaches and the hotter months, which may mean that a ‘cold’ winter may not happen. When choosing where you want to buy a home, you really must decide how important seasons are to you, as some people who bought properties in the southern areas of Spain, and in the Canary Islands which are further south, have returned to their own countries for this very reason.

The Languages Found in Spain

While the ‘King’s Spanish’ is indeed Castilian Spanish, this may be understood throughout Spain but several regions have their own language, for which each is very proud. Catalonia has its own language of Catalán and, as a region, Catalonia treats itself as a separate country. The language of Euskera, which is spoken in the Basque Country, has unknown origins and, in Galicia, the small part of Spain which sits above Portugal and therefore occupies a little of the north-west coast, the language is Gallego. This in Galicia can be best described as a form of Castilian Spanish, though it is somewhat tainted by the Portuguese pronunciation.

A little of the history will help you understand something about homes in Spain. Some forty or fifty years ago, when work was hard to find in Spain, many young people emigrated to countries such as Australia, England, Holland, the United States as well as South America, Germany and Switzerland, to find work. Some of those young people found partners in their new adopted country and so many didn’t return to their homeland of Spain. As a result, upon the passing on of parents and grandparents, those that would have inherited didn’t return and so those houses fell into ruin. As a result, you will find many houses only just still standing, which the DIY expert could bring back up to standard. These ‘finds’ will most likely be in the countryside, meaning that a more private lifestyle will be yours for the keeping. You may find that the village of your choice doesn’t have a public water supply and that you need your own well. The same village may not have public gas, so gas bottles will be the means of accessing this utility. While all villages will have an electricity supply, it really is a must that you check that there is access to public telephone lines for, if not, getting a good mobile phone or internet signal will need to be addressed. Still, with the development in communications technology over the last five or six years, very few homes in the Spanish countryside fall outside this possibility of connection to the outside world.

Since 2007, house prices have fallen by as much as 25% in some areas so, if you’ve been thinking about buying in Spain, now might be the time to go that step further. In the cities and the tourist resorts, houses will be more expensive as, there, you will have more hustle and bustle and a lot more services and entertainment available. If you’re a night bird and going out to eat is high on your list of pleasures, your ideal home will be in, or very close to, a popular town. If it’s peace you’re after, look either inland or in the north.

Purchase prices vary greatly. A ruin ripe for renovation in Galicia can be purchased for as little as 25,000 euros. Costs of products for building work (e.g. cement, bricks etc.) are not expensive and there may be local builders available but you really are better off doing the work yourself, as quality of work between Spain and your own country may differ greatly.

A town house in the bigger cities and tourist areas will cost around 150,000 euros, though the areas of Madrid, Barcelona in Catalonia on the east coast and Seville in the westerly corner of Andalucia, are the most expensive places to buy, where prices could rocket, according to your desired specifications. Think nothing of paying 500,000 euros for a dream home with terraces and swimming pools as, like anywhere else in the world, you get what you pay for.

Think also about those inland regions of La Rioja, Aragón, Castilla y Leon, Castilla la Mancha and Extremadura, where prices will be cheaper than in the tourist resorts on the coast. In these regions, you will have the best of everything, including quiet villages, big cities and good services and entertainment, all without the stress that may be found in the tourist areas on the eastern and southern coasts.

If you want to get a taste of Spain, visit
Red 2000.Com
, where you can find out about all of the regions and narrow down your field of choice. Once you’ve decided where you want to be, your adventure of a lifetime has already begun.

Spanish property for sale. Appartements, villas and houses for sale on the Costa del Sol, Costa Brava and Costa Blanca. For sale by owner and by agent.
More info
Offer glimpses into the psyche of a faraway world
More info

How do you buy a home from a Spanish bank?