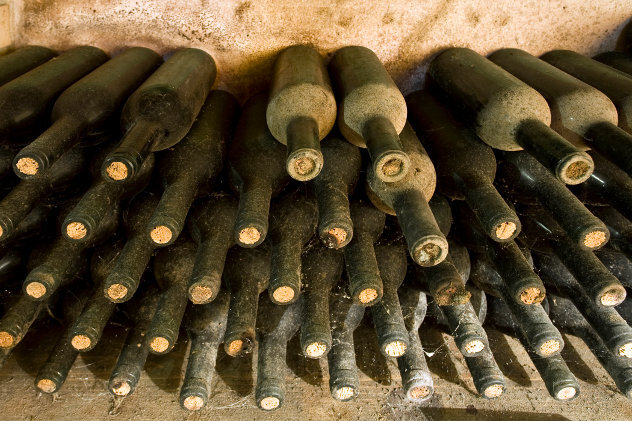 French people love to feast. There is always a reason, but especially a wedding, the football or rugby club championship and the end of the harvesting or picking period are opportunities to take time for a party.
All guests sit down at long tables. There is a large pan Paëlla and of course wine in abundance. An orchestra, a live band, the DJ heighten the atmosphere, and the rest goes naturally. They talk, eat, drink, dance, flirt with someone else's wife, argue, go to bed in the early morning with heavy headaches and argue with someone (quelqu'un), but it is not entirely clear with whom and why.

According to good Catholic practice, France has many holidays:

January 1 is, of course, a holiday, but above all to recover from the evening before. It is done calmly in a domestic setting. At the end of the afternoon, the "best wishes" (bonne anneé) can be repeated in the café.

The Easter days (Paques), beginning with Good Friday (Vendredi Saint), are very suitable for a spring weekend on the road with the family. The fact that the Easter Mass is missed is not a problem.

Ascension Day (Ascension) is an excellent opportunity to bridge the bridge ("fair le pont") to the following weekend.

Pentecostal (Pentecôte) is the prelude to summer, usually the first opportunity in the year to have a great picnic with the whole family. On special Aires de Picknick are beautiful stone barbeques ready for this purpose - also to prevent forest fires caused by grills' in the wild.

July 14th (quatorze juillet) is one of those days when the unsuspecting tourist suddenly sees a village that was once so sleepy transformed into a kind of Disneyland parade. That this ceremony, unlike on the Champs Elyseés, will consist of the rugby boys, the senior bridge club, the hunting club and the "sapeurs pompiers" with loud sirens, does not detract from the grace with which the mayor with his red-white-blue sashing around the parade on behalf of L' État. And like last year, the mayor emphasized in his speech that Freedom, Equality, and Brotherhood are the fixed norms and values of French society in the hectic times of today, worth fighting for, worthy of dying for. After that drink and fireworks make it restless for a long time in that otherwise so sleepy village.

August 15th, an important day of leisure during which many August holidaymakers extend their holidays. Around August 15th is the whole nation on vacation, a great moment to visit sights in peace without long queues. Famous, always full, restaurants can often be served around that period without months-age reservations.

November 1st it is the All Saints (Toussaint). A morbid holiday, because that day the dead are honored with a flower. These are by definition chrysanthemums: It is not appropriate to arrive in France with a bunch of chrysanthemums, except on 1 November in a cemetery.

November 11th is the Armistice Day of the First World War. On 11 November 1918, the Germans signed the truce in a train wagon in Compiegne.

31 December is Saint Silvestre. Where Christmas is for the family, Saint Silvestre is for friends. People meet on the streets in large groups with vocals and drinks and lots of toasts, but at 12 o' clock there are no fireworks.

Because France has the most days off throughout Europe, there are plans to abolish Easter Monday and Ascension as a day off.

Unfortunately, buyers do not always know what they are looking for. Selection criteria are often changed during the search, depending on the house being visited. This is one of the reasons why buyers generally do not ask enough questions. That does not have to cause any problems, but prevention is better than cure.
Read more
More articles
Overview of well maintained blogs about France
Will it be a moonlighter or an artisan?
Experiences of buying a house in France
Buying a house in France through the informal circuit
People with property in France hit hard by new capital gains tax
Recommended reading on buying property, moving, living and working in France
Inheritance Law France
Knowing what to buy in France
Resource links for Taxes in France
Winterizing your second home in France
Buying property in France : key players and intermediaries
Water supply in France through waterworks or private well?
Glossary French Residential Buildings
Buying from plan in France
A few tips before buying property in France
Buying an existing property in France
French real estate glossary
Accommodation in France
Should you Invest in a holiday home?
Bistrot de Pays
Resource links on importing and driving a car in France
Questions you should ask yourself when buying a property in France
Resource links for Etiquette & Customs in France
The French and their Food: Cheese, Desserts, Beverages, Haute Cuisine and Lower Cuisine
How to carry out a renovation project in France
Definition and Abbreviations relating to apartments (‘Logements’)
Buying a leaseback in France
Daily live in France: Death, Family, School, the Job
Daily live in France: In the shop, Tu and Vous, The world according to....
Arranging an ideal loan in France
Living on the Côte d'Azur - Estate Agent in Southern France
Midi Pyrénées Propriétés - Your real estate agent in the South of France
moimmo - Estate Agent in France
The mortgage market in France
Buying French property : old authentic homes versus new houses
The pitfalls of buying property in France
Protection for homebuyers in France
How to move to France ? Hire a moving company or do it yourself.
France is a country of villages
Resource links for Property Prices in France
How to sell your house in France
HouseFrance page on Facebook and Twitter
Taxe Foncière and Taxe d’Habitation
The French and their Food: Bread, Butter, Petit Dejeuner, The Menu and Wine
The French and their Food: Herbs, Salt, Oil, Soup, Fruit and Vegetables, Meat, Wild and poultry, Fis
Traveling in France : visiting family, small and provincial railway stations
Daily live in France: breakfast, dejeuner, evenings, church, Sunday
Where to buy cheap property in France ?
Your Own Campsite In France? Don't!