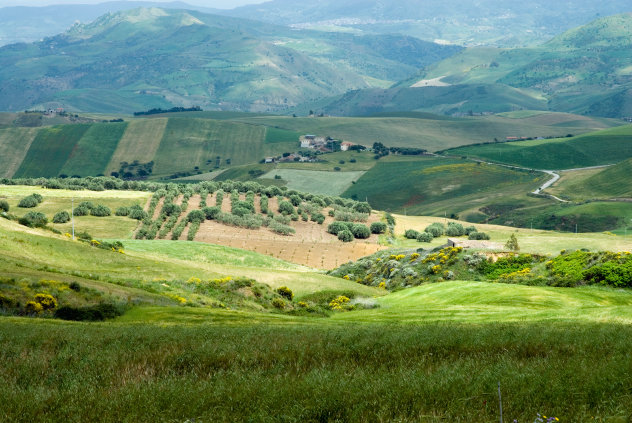 The best way to explore Sicily is by car. A Car Navigation System is convenient. Even a co-driver with a lot of experience in reading road maps will find it difficult to find his way through the one-way traffic in the cities. Motorhome owners are advised to park outside the city center (where possible in a guarded parking garage) so that they do not run the risk of getting stuck in the picturesque alleys of the old inner cities. Outside cities and villages there are hardly any walking or cycling paths. But on the mountain slopes of Sicily, however, you come across fanatical cyclists who give the impression of training for the next Giro.

As a foreigner, you need some time to get used to driving in Sicily. Traffic is hectic in large cities such as Palermo, Catania, and Messina. Stopping in front of a red traffic light is not always common. Changing lane is indicated by a horn and sometimes by contact with the mudguard. If you drive cautiously and try to anticipate the intentions of the other road users, the traffic passes smoothly, and the Sicilians also forgive the traveler with a strange license plate quite a lot. You have to drive a little forgiving and don't think' I have priority, so I drive on.' It is better to go along with the flow by turning off in an unconventional way just like the Italians themselves with some light signals and horns. More and more Italians attach importance to the impeccable appearance of their cars, while the images of rusty cars are becoming increasingly rare.

In the provincial cities, it is relatively comfortable to drive, one drives quietly and carefully. What will the other road user do? Does he want to catch up despite the continuous line? Let me keep on driving on the right. The Palermo motorway consists of three lanes, but one often drives as if the road consists of four or five lanes. The road signs indicating a turn-off are a challenge for non-native motorists. The exit of the motorway in Palermo to Monreale, for example, rarely succeeds in the first attempt.

Parking in cities is tricky, parking spaces and car parks are often narrow so that motorhomes cannot be parked there. Usually, you can find a parking spot just outside the city center so towards the end of the siesta before the shops open. It is best to park a motorhome outside the center, especially in mountain villages. The roads in the village center can be extremely narrow and angular. On blue marked parking spaces you have to pay, yellow parking spaces are reserved for local cars, and white parking spaces are free.

Axx - Autostrada - Motorway, partly toll road. You can drive on the A18 and A20 without delay. The Viacard ( a type of payment card) is not accepted everywhere, so make sure you have cash with you.

SP - Strada Provinciale - Road in a road network maintained by the province. Especially the older provincial roads with low numbers can be dangerous, while other routes have the quality of an Autostrada.

SR - Strada Regionale - Regional roads. For oncoming traffic in the mountains only suitable for two Cinquecentos. A landslide may have destroyed half of the road. Not recommended after heavy rainfall in spring.

This article of
Wikivoyage.org
is subject to a
Creative Commons Attribution-ShareAlike License
. Based on
Sizilien – Reiseführer auf Wikivoyage
. Translated from the German language by Jos Deuling.

All types of Italian property for sale by private sellers and estate agents. Find your perfect houses, farmhouses or apartment in all regions of Italy including Liguria, Tuscany, Umbria and Marche.
More info 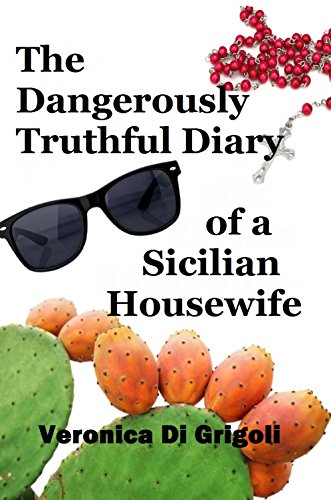 Can't see the Wood for the Trees? On the special HouseSicily page on Facebook and Twitter you will find a selection of the properties in Sicily published on my website Affidata.co.uk. Also images of Sicily and interesting news.
Read more
More articles
Eating out in Sicily
Cookbooks Sicily
Cookbooks Italy
Italian mortgage market recovers very slowly
Water supply in Italy
Business dos and don'ts in Italy
Italian - English real estate dictionary
Finding a Good Estate Agent and their Role in Italy
Ten tips for buying a farm in Italy
HouseItaly page on Facebook and Twitter
The role of the geometra in Italy
Resource links for Etiquette & Customs in Italy
Buy to Let in Italy
Glossary of Itallian Property Types
Resource links for Taxes in Italy
Overview of well maintained blogs about Italy
Temperate Paradise: The Italian Climate
Why are old, dilapidated rural dwellings in Italy so expensive?
Pros and cons of buying a house in Italy
How to order a cup of coffee in an italian bar
Mortgage Italy: practical tips for applying for an Italian mortgage
Overview of interesting Italian food blogs
Code Fiscale Italy
Checklist for the buyer of a house in Italy
Italian regions with cheap houses and apartments
Recommended reading on buying property, moving, living and working in Italy
What Taxes Will You Pay when Buying an Italian Property?
Do You Want to Live the Italian Dream? A Guide to Buying Property in Italy
What Documentation Do Foreigners Need to Buy Property in Italy?
What are the Costs of Buying a Home in Italy?
The Purchasing Process for Italian Property in Detail

Tripadvisor.co.uk: The frustrations of driving in Sicily