Property for sale in Italy

This article is part of a series of 8 articles about buying property in Italy. The other articles in the series cover the following topics:

Tuscany
,
Umbria
and
Marche
are popular Italian regions for buying a house or second home. On the map of Italy, they lie in the middle. A house in Tuscany is quite pricey. In Umbria and Marche houses also are not cheap. Experts say that
Apulia
is an upcoming region. For me, Apulia is not a region where I would go on vacation but acquaintances of mine have been there twice last year.

Regions, which are further from the center, are less popular than Tuscany and Umbria. Examples include the
Abruzzi
,
Molise
,
Aosta Valley
,
Friuli-Venezia Giulia
,
Basilicata
and
Calabria
and
Basilicata
. However, these regions are particularly attractive for foreigners who want to buy a holiday home : Price Fighters like
RyanAir
and
EasyJet
have unlocked these regions with cheap airfares and many regional destinations. RyanAir, for example, flies to Pescara (Abruzzo, Molise) Turin (Aosta Valley), Trieste (Friuli-Venice Giulia) and Lamezia (Calabria, Basilicata).

Molise is extraordinarily cheap. There is hardly any tourism. Interesting for buyers seeking the authentic Italy. O You can own a beautiful and comfortable village house for around 100,000 euro. A farm with sea view and olive trees cost around 200,000 euro.

The Aosta Valley is attractive for people who want an apartment in the Alps. The region borders the premier ski resorts in France (Chamonix) and Switzerland (Verbier). Compared with France and Switzerland, house prices are low. A basic flat is for sale from 150,000 euro. The ski season runs from November to April. Just an up and down weekend for skiing is no problem. Fly to Turin with Rynair and from Turin, a one hour drive to your destination.

In Friuli-Venice Giulia, the houses are fairly cheap. Many Italians from the Veneto region buy a second home here. There are more and more foreign buyers from Germany, Austria, Croatia and Russia. They buy mainly apartments with air conditioning, balcony and close to the beach. These apartments cost around 120,000 euro. Friuli-Venice Giulia faces competition from nearby Slovenia, where prices are much lower.

Basilicata is in southern Italy located just above Calabria. It is a sparsely populated region famous for its cave dwellings in Sassi di Matera. The local government provides 50% subsidy on a renovation of a cave home in late Sassi di Matera. The houses in Basilicata are also cheap. A renovation object in the interior costs as little as 50,000 euro.

In Calabria, there has been an increase in prices in recent years. There is a strong demand for holiday apartments on the coast with air conditioning. Quite a lot of tourist complexes have been built in the last couple of years. An apartment complex in a complex costs between 100,000 euro and 200,000 euro. It is said that you have recouped your purchase within 10 years if you rent your apartment in high season. In the mountains, you can still get a bungalow or cottage from 70,000 euro, but it can also be quite cold up there.


Buying a House in Italy

Landscape with old farm near Siena in Tuscany

Property for sale in Italy 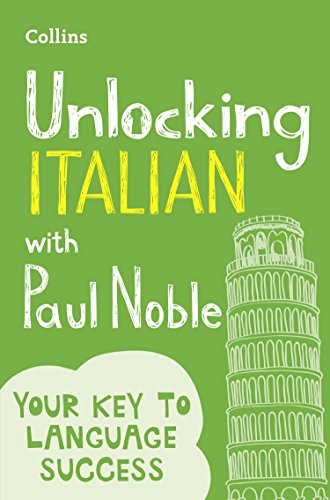 A selection of Italian food blogs I like. Recipes and stories from Puglia, Toscane, Campania, Umbria, Veneto and even Istria.
Read more
More articles
Italian - English real estate dictionary
Cookbooks Italy
HouseItaly page on Facebook, Twitter en Pinterest
Water supply in Italy
Italian mortgage market recovers very slowly
Recommended reading on buying property, moving, living and working in Italy
What are the Costs of Buying a Home in Italy?
Checklist for the buyer of a house in Italy
Resource links for Etiquette & Customs in Italy
Do You Want to Live the Italian Dream? A Guide to Buying Property in Italy
What Taxes Will You Pay when Buying an Italian Property?
Ten tips for buying a farm in Italy
Pros and cons of buying a house in Italy
The role of the geometra in Italy
Why are old, dilapidated rural dwellings in Italy so expensive?
How to order a cup of coffee in an italian bar
Resource links for Taxes in Italy
Mortgage Italy: practical tips for applying for an Italian mortgage
Business dos and don'ts in Italy
Temperate Paradise: The Italian Climate
Glossary of Itallian Property Types
Buy to Let in Italy
Code Fiscale Italy
Overview of well maintained blogs about Italy
Finding a Good Estate Agent and their Role in Italy
The Purchasing Process for Italian Property in Detail
What Documentation Do Foreigners Need to Buy Property in Italy?

EuroTravelogue - European travel impressions brought to life through the power of lens and pen
Talktuscany.com - dedicated to helping people plan their vacation travel to Tuscany and Italy