For sale in Australia

The mortgage market in Australia 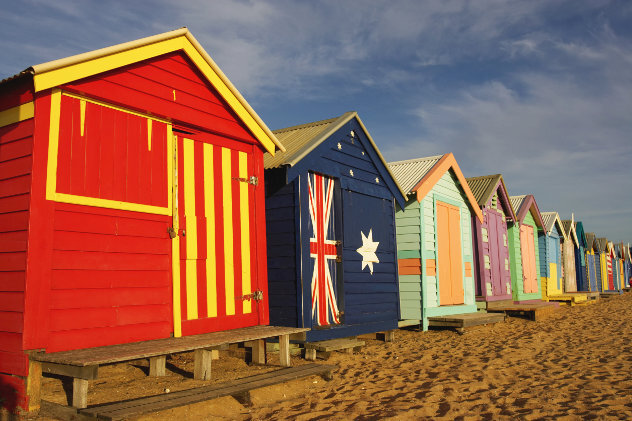 The housing market in Australia has grown sharply over the past decade. Figures from the Australian Statistical Office show that residential properties became 74.2 percent more valuable. The big cities stand out: in Sydney and Melbourne, homes have almost doubled in value.

The rise in house prices is caused by a sharply increasing population. Analysts fear that the shortage on the housing market will increase, which makes it more difficult for starters to take the first step on the property ladder. Especially in 2014 and 2015, when dwellings rose by more than 9 percent on average year-on-year in price, this growth seemed to be hampering property ownership: there were warnings that the housing market would get stuck. So there had to be some changes. Last year, 209,942 homes were built, the highest number in a decade - and the drive to build is continuing for the time being.

This is one of the reasons why in 2016 house price growth in Australia declined - but the average house rose by 5.5 percent in value. Because house buyers usually have to take at least 10 percent of their equity capital with them, this is a considerable threshold.

Last year, a new mortgage amounted to an average of 244,373 euros, for which the mortgage provider charges an interest rate of 5.42 percent. Most leases have fixed-interest periods of one year and then go, as in the United Kingdom, to the Standard Variable Rate - which is higher than the rate of introduction.

End of bonuses and rewards

Most mortgages are concluded through intermediaries. Today, as in Europe, they have to indicate what they are receiving as compensation from lenders - but the guidelines need to be tightened up, says Australian supervisory authority ASIC. In March of this year, ASIX issued a list of recommendations: the commission received by the intermediary should no longer be dependent on the amount of the loan to prevent intermediaries from steering on the highest possible loans. ASIC also wants to reduce trips to conferences and other rewards for intermediaries.

The regulator concluded that loans taken out through intermediaries are higher than the loans that consumers take out directly from mortgage banks. These are also more often non-repayable mortgages, which worries the regulator. Consumers using intermediaries in Australia are younger and have lower incomes. This can partly be explained by the fact that this group of consumers will benefit more from understanding the market and finding the best opportunities. Nevertheless, it was a clear call for intermediaries to monitor the interests of consumers better - with the press citing the way European intermediaries deal with customers as a positive example.

Property is highly valued, and most Australians don't want to rent a house. The government is encouraging property ownership through tax incentives, although there are increasing calls for better protection for tenants.

At the end of last year, a total of EUR 694 billion in mortgages were outstanding in Australia. Since 2000, the size of the mortgage market has grown year on year. Research by consulting and accounting firm Deloitte shows that half of the industry expects the market to contract slightly compared to last year, the other half expecting no growth or minimal growth.

This article of
Kop- Munt
is subject to a
Creative Commons 4.0 International (CC BY 4.0)
license. Based on
De hypotheekmarkt in Australië: stormachtige groei down under
. Translated from the Dutch language by Jos Deuling.

For sale in Australia

Property and real estate for sale in Australia.
More info