The mortgage market in Ireland 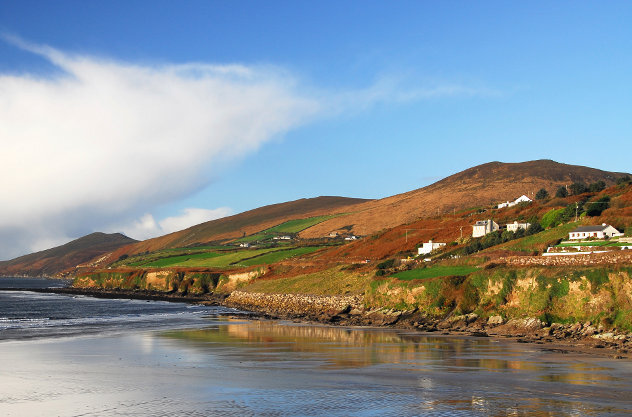 The number of mortgages approved by mortgage lenders in Ireland in March this year is 62.1% higher than in March last year. New mortgages totaling € 664 million were granted. This is an increase of 77.5% compared to a year ago. The primary cause is a housing market that is rising sharply. Analysts are already warning against a new Irish housing bubble. House prices are rising this year, after two years of subdued growth, by more than 10%. This is mainly due, according to Ali Ugur, chief economist of the Banking & Payments Federation Ireland, because Ireland is building too few houses. The construction sector is struggling with a shortage of staff and is therefore unable to meet demand.

The reason for the increase in demand is Ireland's return to growth. The economy is growing, and Ireland is a sought-after location for businesses wishing to take the security of uncertainty and stay in the EU for Brexit-related reasons. The favorable tax environment for businesses was one of the reasons why the country experienced rapid growth from the 1990s onwards. Companies like Google, Apple, eBay, Oracle, Twitter, and Uber have their EMEA or EU headquarters in Ireland.

The island experienced an enormous peak in construction work between 2005 and 2007. Every property developer thought he had queues of investors ready to buy houses. And every Irishman who could afford it tried to make a lot of money with the housing trade: the Irish diaspora, from New Zealand to the US, saw Ireland as a good investment and bought houses by photographs. But in 2008, the Irish economy collapsed completely. The country had to be saved by the ECB and the IMF. House prices plummeted and were sometimes worth only a quarter of the mortgage taken out on it. Many Project developers went bankrupt, carcasses of new construction projects were found everywhere on the island in empty fields, desolate memorials to the Irish pride.

An estimated 340,000 mortgages were problematic - the debt was higher than the value of the property. Home buyers kept their property for as long as they could - if they kept their jobs and were not forced to move, they did not feel the pain. But many could not. In the first quarter of 2013, one in five Irish mortgages was described as 'very problematic'. Of the residents/owners, 12.3 per cent had a payment delay of more than three months, the same applies to 20 per cent of the Irish people who had taken out a mortgage on a property for rent. Almost all 'ghost villages' have now been demolished. A few have been completed - they probably should have done so with more projects, because the pressure on the housing market is increasing. This is good news for mortgage lenders. Still, 13% of all Irish mortgages are in arrears, and now that the value of housing is rising again, banks will try to clean up their balance sheets. The number of forced sales is therefore expected to increase in the coming months.

Ireland's total mortgage debt amounted to €106.7 billion at the end of last year. As in the United Kingdom, mortgages are granted at variable rates - ranging between 3% and 4%. The average Irish mortgage loan currently amounts to €208,000, while the average asking price for a house in Ireland stands at €212,000. That is about six times annual income. Just before the economy collapsed, a house cost up to nine times an annual income - which fell to four times the average annual income in 2012. The Irish Central Bank states that the maximum limit for the Loan-to-income of mortgages that are currently being closed down or transferred is 3.5 - although mortgage lenders have some leeway there.

The Irish bank also prescribes that mortgages may have a Loan-to-value of up to 80 per cent - however, those who buy a house for the first time may borrow up to 90 per cent since the beginning of this year. Also, entrants to the housing market can also claim a tax advantage of up to € 20,000. The Irish Government aims to further stimulate the housing market. This is understandable because it reduces the number of problematic mortgages, but for young Irish people, it means that owning their own home remains a dream.

This article of
Kop- Munt
is subject to a
Creative Commons 4.0 International (CC BY 4.0)
license. Based on
De hypotheekmarkt in Ierland
. Translated from the Dutch language by Jos Deuling.

Search for Irish property and real estate for sale in all regions of Ireland. Houses en farmhouses for sale in Connacht en Munster
More info
Useful guide to some of the basics
More info

Business dos and don'ts in Ireland

Irish people shake their hands firmly at the first meeting and appreciate eye contact. You can read more about what they appreciate in this post.
Read more