Properties for sale in Romania

The mortgage market in Romania 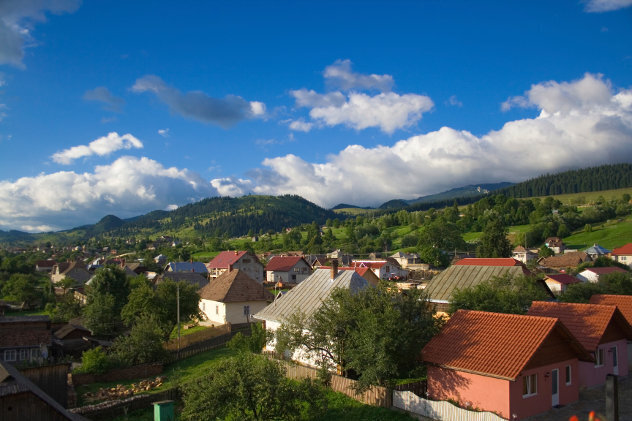 The mortgage market in Romania

No other country in the European Union has so many homeowners as Romania. As many as 96.1% of all houses are owner-occupied - compared with 66.9% across the EU, according to Eurostat figures. The reason: low property prices, advantageous mortgages and a lot of stimulation from the government.

House prices have shown strong growth over the last few years, according to data from Imobiliare, a branch association of real estate agents. Especially in the large cities, prices rose by more than 5% last year. The leader is Kluj-Napoca, Romania's second city, where houses were worth 9.52% more. The same kind of increase was seen in 2016 and it is expected that this will continue in the coming years.

From 2002 to 2007, the Romanian housing market also grew strongly ahead of EU accession. In the 1990s, after the revolution in which the country renounced communism, mortgages were hardly available. But gradually the housing market developed, and when the country joined NATO, the market has skyrocketed. However, the euro crisis hit the mark: homes lost more than half of their value. But because houses are relatively cheap - the majority of the homes cost less than 60,000 euros - the way up was quickly found again.

In the meantime, EUR 11.5 billion in mortgages have been outstanding in Romania. By way of comparison, the Dutch mortgage market is approximately EUR 650 billion. In 2005, the Romanian market was still 766 million, according to figures from the European Mortgage Federation. According to the Romanian Central Bank, the mortgage market has grown by around 18% a year. Analysts expect this trend to continue, albeit at a somewhat slower pace.

Romania has adopted two laws that make mortgage lenders rather nervous and are subject to legal proceedings. Firstly, Romanians can - under certain conditions - run away from their mortgage debt and saddle the bank with the house. Secondly, banks are now obliged to convert foreign currency mortgages into Romanian leu. Nowadays, the vast majority of mortgages are concluded in leu, but that wasn't the case before: Swiss francs were popular in particular. The Swiss abandoned the peg with the euro in early 2015, which caused a rise in the value of the leu. This was unfavorable for Romanians who had taken out their mortgage in francs. The two new laws, adopted just before last year's elections, were welcomed by the people but criticised by the IMF, the ECB and the Romanian Central Bank - and especially by mortgage lenders who saw their turnover jeopardized.

Most Romanians go to their bank for a mortgage. 37 banks provide housing financing. Also, there are 137 other registered institutions authorized to provide mortgages, although their market share is small. It is more common for consumers to' shop' themselves for a favorable offer than to go to an advisor.

The Romanian Government has put in place various measures to promote housing. The' Prima Casa' program offers starters the opportunity to take out a loan with a government guarantee. Almost half of all new mortgages issued have been granted under the scheme that came into force in 2009. The incentive program makes it easy for young people to enter the housing market because they only have to contribute five percent of the purchase price as equity capital. The scheme also applies to Romanians who work abroad but want to buy a home in their mother country. And, contrary to the name suggests, Prima Casa can also be used for the purchase of another house - provided that the new house is larger and more expensive than the old one. The Romanian housing market has moved forward considerably with all the laws and regulations. And for the time being, this does not seem to be coming to an end.

This article of
Kop- Munt
is subject to a
Creative Commons 4.0 International (CC BY 4.0)
license. Based on
De hypotheekmarkt in Roemenië: het vuur is ontstoken
. Translated from the Dutch language by Jos Deuling.

Properties for sale in Romania

All types of property for sale in Romania by private sellers and estate agents. Find your perfect apartment, house or farm on the Black Sea coast or in the Carpathian Mountains.
More info
Vignettes from Romania; with love and humour.
More info

Guide for buying property in Romania