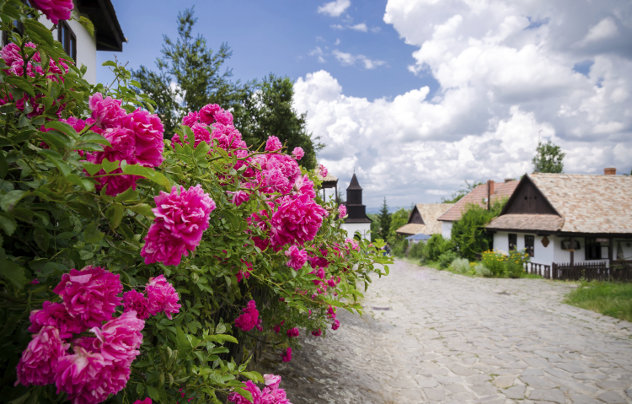 
Real estate agents and experts almost always agree that prospective investors should always first look at the location rather than the actual property, and Hungary is abundant in options. May it be small, city apartments or rural escapes, this little landlocked country has got it covered. From the sprawling metropolitan Budapest to the always sunny shores of Lake Balaton, foreigners often find themselves stunned by the variety and beauty of Hungary. In this article we take a quick look at these locations, trying to factor in their downsides and upsides.

Once a foreigner decides to invest in Hungary, the first and of course natural choice is almost always Budapest. Located roughly in the geographical center of the country, with its two million souls the capital of Hungary is by far the biggest settlement in the country, with the second city on the list only holding tenth of its population. Divided by the calm Danube, Budapest is essentially two cities, and the Buda and Pest sides tell two very different stories. The Pest city, located on the left of the river is the relatively new part of the city, with most of its buildings sprung up during the last two to three centuries. On the other side, Buda has a long history, since there were settlements there even in the Roman times. Buda, in form of the Buda castle has been the political center of the Hungarian nation.

If Buda is your typical friendly, welcoming old couple with traditions and history, Pest is the youthful couple just across the corridor. It’s an up- and-coming, vibrant metropolis with universities, business centers and countless shopping and entertainment opportunities. The Pest side is by far larger than Buda, and has almost limitless options. But there is more to the city than two simple sides, it’s much more colorful and complex than that. Budapest, nicknamed the Paris of the East has quite frankly everything that one would expect from a European capital. Sprawling party district, abundance of art, history and museum, a picturesque riverside, hills with views that stun tourists and so on. The city has, in fact thousand faces.

And with Budapest being so complex, one should also expect that finding the right real estate in this confusion is a great task – especially for a foreigner. The city, as all European metropolises has great and no so great parts. Generally speaking, the inner areas of Budapest are almost perfect. A mixture of elegant and modern, these districts provide countless with great public transportation and entertainment. The outer areas of Budapest however are not always so inviting, as industrial areas surround the city like a belt. These once rampaging socialist monuments now are abandoned, or in process of finding their new place in the current economy. As in New York or London, in the past couple of years abandoned warehouses and factories sprung back to life thanks to vital urban renovation plans. Young couples and the adventurous types now invest in these areas as the memories of the past system slowly fades away.

But Hungary is not just about Budapest, as countless natural wonders await the more wildlife oriented. The mountains of Mecsek, Mátra or Bakony are always popular as their slopes produce one of the best wines in Europe. The Great Plain of Alföld, with its rural traditions is always an interesting sight, and then there is the Lake Balaton – the number one tourist destination of Eastern-Central Europe.

As the biggest lake in Central-Europe, Lake Balaton has a lot to offer. Its dazzling and inviting waves woo sailors and fans of watersports alike, as its two distinctively different northern and southern shores serve all kind of real estate needs. Tourists and investors love to spend time and money here, since the whole lake is surrounded by little coastal towns and cities, making Balaton a truly unique gem in the heart of Hungary. The northern side is rich in hills and slopes, providing properties with great vantage points and unique views. The southern, more vibrant side has the advantage when it comes to nightlife and festivals, and not to mention the beautiful Balaton sunset.

Lake Balaton, Budapest or any other cities or areas are rich in investment opportunities, as foreigners have been constantly building and renovating the country, making it even more appealing for causal investors. There are several English websites promoting the riches of a project, but investments should always be careful and conservative, since return rates are usually on the low end of the scale. Not to mention risk factors, as many real estate opportunities tend to be overwhelmingly optimistic about economic forecasts. Whatever area and location the investors decided to go with, Hungary will most likely provide a great answer. The country is abundant in possibilities, as its natural and manmade riches have already impressed thousands of foreigners, persuading them not just to buy, but to live here.

Business dos and don'ts in Hungary