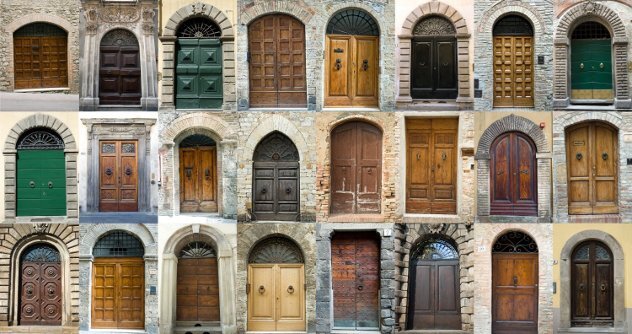 
Purchasing property or land in Hungary can be a difficult task, with many possible obstacles on the road. One would assume that the pitfalls of this journey end when a professional lawyer is found and the perfect property has been chosen, but the idea of a long buying process can sour the optimistic mood in a matter of hours. It is important to pay a great deal of attention to every step of the process, and one should never let their guard of common sense down. In this article we take a closer look at these steps, focusing the attention on the many errors and failings of the real estate system.

The first step is obviously finding the right apartment or house. It is believed to be the most important task, but what follows usually requires even more determination. First, if the real estate was found through an agent, negotiating with him or her is almost essential, as most agencies usually overvalue the property. Since the market is frozen, cutting a great deal can be relatively easy.

Hiring a lawyer is also an important milestone in the buying process, since he or she will be responsible for representing not just the buyer, but the seller as well. Having the property in question examined by a professional architect is also a must, since there are many hundred or even older buildings on the market, especially in the capital city of Budapest.

Next up, title search and valuation of the property. Once finished, it is up to the lawyer to write the first draft of the purchase agreement. This marks an important milestone, as parties at this point all sit down and sign the contract. Seller, buyer and lawyer all provide their signatures, and so the buyer has to pay the agreed deposit for the property, which is usually around 10%. After the signatures are in place, the buyer has to pay the lawyer and, if involved, the agent’s fee. Filing of this agreement to the local land registry office is also a must, and should be done within thirty days.

Finally, the last step in this tiresome process is the signing of the Closing Statement. Closing usually happens two or three months after the initial Purchase Contract, and can take up to a week. The Closing Statement plays a vital and quite final role in the whole process, as the signing of the document declares that the payment has been made, and the change of property has been administered. Do note that the final registration of ownership still can take several months, but it is just an administrative formality.

Another way of purchasing property is by setting up a company. With many tax related headaches inbound, this is decision that should not be taken lightly. The costs of setting up a company are also considerable, not to mention the legal and bureaucratic hassle that surrounds such an endeavor. A good lawyer will deliver all the necessary documents, and after handing them in to the Court of Registry the company is a go. The registration fee is a hefty 150,000 HUF (around $684). It is also important to contact a good, possibly bilingual accountant, since you would want to deal with your accountant in person, and definitely not though a third party translator or lawyer. The accountant takes care of filing a quarterly and yearly reports on your company’s finances to the NAV (Hungarian Tax and Financial Control Administration).

Once the foundations are laid, the next step of having your own company set up is having the articles of association notarized. This is done in order to certify the identity of the future Managing Director, which can be the owner or a third person. Next step is opening a bank account, which is relatively easy as many international banks compete in the country for the attention of small businesses. In total, setting up a company can last up to three months, but with the right lawyer at hand this can be sped up to two months.

Purchasing real estate in Hungary can be done either way, with both having their respective advantages. Setting up a company can be a real hassle, but if the buyer is interested in a long term investment, it could turn out to be a great choice – especially if there are plans of purchasing further properties. The legal process should seem a bit of nuisance, but the tons of paperwork is in fact quite useful in making the whole system fraud and foolproof. Again, one cannot emphasize the need for a great, bilingual lawyer, and even possibly the help of a local, or well versed foreigner. Having someone who understands this works of buying real estate by your side at every step of the process can do marvels to getting the best possible deal.