The real estate market in Bulgaria 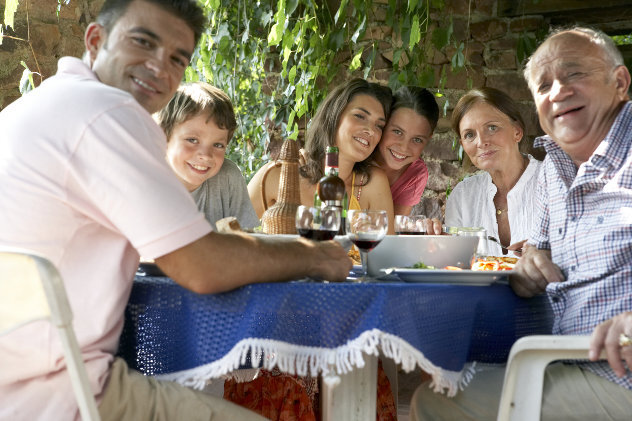 This article is part of a series of 8 articles about buying property in Bulgaria. The other articles in the series cover the following topics:


Bulgarian real estate market became very popular with foreign buyers at the beginning of the 2000s. During the period between 2000 and 2008 the real estate prices in the country grew 300%. One of the main reasons for that were the expectations that Bulgaria will join the European Union and this happened in 2007. But even before that the Bulgarian real estate market was flooded with British and Russian buyers. The Russians were mainly interested in vacation properties near the Black sea coast and in the ski resorts while the British buyers were also buying houses in the Bulgarian mountain villages. By that time Bulgaria was believed to be “the second Spain” but the global economic crisis stopped this process.

Buying properties in Bulgaria was a very popular investment with the foreigners 5 to 10 years ago. After 2008 though the bad economy burst the real estate bubble and properties which were offered for 500 euro per square meter are now on the market for 200 euro and there seems to be no buyers interested.

Even with the bad economy still influencing the local market, there are signs of optimism in the past year. After Bulgaria joined the European Union, Bulgarian Parliament voted a 7 year moratorium for foreigners buying land in the country. This was in 2007 and there are debates now for lifting that moratorium. We should not forget that something similar happened in the Czech Republic. As a result just one year after the end of the Czech property moratorium the price of the land there doubled. So if you are looking for investment, a very good option can be the agricultural land. At the moment the most fruitful and expensive agricultural land in Bulgaria is in the North East part of the country and is sold for around 500 euro per 1000 square meters. This price is expected to grow significantly after the moratorium is lifted.

If you are looking to buy a property with a place to live or stay, Bulgarian real estate market will not disappoint you either. The country is a popular summer destination and there are all kinds of properties on the Black Sea coast. The most popular resort Sunny Beach is in the Southern part of the country. It is located 25 km away from the Burgas airport, while Varna airport is 100 km away. Since the start of the property boom in Bulgaria a lot of new apartments were built in Sunny Beach and the resort now offers almost 50% of all the properties for sale in the Black Sea region. Before the start of the real estate crisis in 2009 the prices there were as high as 1600 euro per square meter but in the last years they dropped dramatically and now the average price is 600-700 euro per square meter for a top location.

Bulgaria is not only a great summer escape, the country has some of the best and cheap ski resorts in Europe. The most popular of these is Bansko. It is situated in the South-Western part of the country, 160 km away from the capital Sofia. The resort lies at the foot of the Pirin Mountain on the banks of the river Glazne and can offer to the enthusiasts 11 ski runs with total length of more than 60 km. Before the real estate crisis there were almost 4000 property deals in Bansko annually. After 2009 this number decreased together with the price. In 2008 the apartments were sold for 1200 euro per square meter while now this price is almost 50% lower. 2013 brought some optimism to the real estate agents. The number of the deals is getting higher again. An interesting trend shows that in the period 2000-2008 the foreign buyers were mainly looking for a one-bedroom apartment while now the two-bedroom flats are getting more popular.

Many foreigners are running away from the crowded summer and ski resorts and find themselves in the quiet Bulgarian mountain villages. Buying a house in the Balkan region is a very popular option for some retired Western Europeans looking for a second home. The villages around the former Bulgarian capital and popular historic city Veliko Tarnovo are preferred. It is usually a lot cheaper to buy property in this region, but you should have in mind that the houses are usually old and need a lot of restoration and repairs which can become more expensive than the property itself. Still there are villages with serious foreign communities drown to this region by the beautiful nature, calm atmosphere, local hospitality and the possibility of finding tasty home grown food.

The capital Sofia is also a good place for buying a property. Apartments in some of the preferred neighborhoods can cost around 1000 euro per square meter.

All types of property for sale in Bulgaria by private sellers and estate agents. Find your perfect villa, condominium or apartment on the Black Sea coast or in one of the Bulgarian Ski Resorts.
More info
A Corker !
More info

Business dos and don'ts in Bulgaria