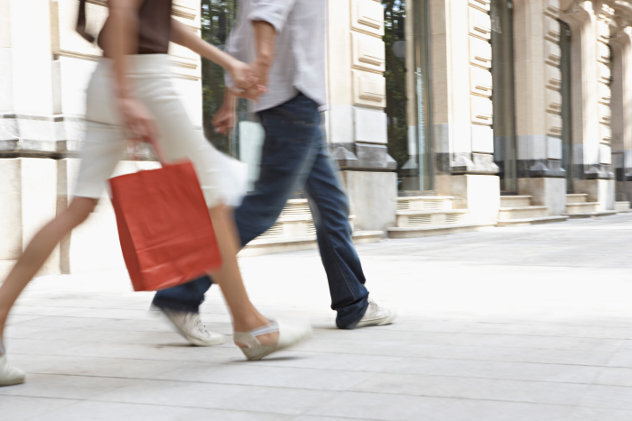 A selection of links to articles about Etiquette & Customs in Spain. The links are grouped by the following topics: Books, Bureaucracy, Business, Dating, Dresscode, Eating, Family Live, Integration, Language, Meeting and Greeting, Rudeness, Stereotypes and Working.


I want to live in Spain
: The author’s honesty and self-deprecating style are refreshing as he takes us through the triumphs and disasters of his early days in Spain. Full of colourful anecdotes and keen observation and with a humorous insight into the Spanish way of life.


The Xenophobe's Guide to the Spanish
: A guide to understanding the Spanish that views them with the same light-hearted attitude that they themselves display in life.


The New Spaniards
: A fully revised, expanded and updated edition of this masterly portrayal of contemporary Spain.


Spanish red tape
: A parody showdown between the Spanish bureaucracy and an informed citizen.


Business meeting etiquette in Spain
: The way business is conducted in Spain is more relaxed compared to other Western European nations; you should be prepared for rather time-consuming and lengthy negotiations.


Business communication
: After reading this section you will have an understanding of the type of verbal and non-verbal communication that is expected in Spain. Also, you will have an appreciation of typical Spanish working life and the style of conducting business that you should expect from your Spanish counterparts.


Dos and don'ts for dating a Spanish woman
: Image gallery


A guide to dating in Spain
: If you think dating is complex, you have clearly never dated in Spain. Hear from six expats who took the plunge and offer insight into dating a Spaniard.


12 ways dating a spanish girl will change you

So You’re Dating a Spaniard
: ’m beginning to think the American men dating Spanish women are a rare breed, because I’m back today with another interview of an American woman dating a Spanish man.


The Top 6 Eating Habits of The Spanish
: If cultural observation is one of my favourite sports, then I must admit that there is no better arena than the dining table.


Table Manners in Spain
: Tackling The Tough Questions Like Where to Put the Olive Pit.


Spanish Table Manners
: You might not have your own Spanish granny to tell you what the Spanish table manners are so we have endeavoured to help you to not make a fool out of yourself at the dinner table!


Tapas in Barcelona
: A Local's Guide To The Etiquette For Tapas Dining.


New Europe: The life of a Spanish family
: For the Vega Méndez family in Barcelona, it is strong family ties that will see Spain through its severe recession.


The Spaniard, Everything you need to know for dealing with the locals
: Who are the Spanish? What are they like? Let’s take a candid and totally prejudiced look at the Spanish people, tongue firmly in cheek, and hope they forgive my flippancy or that they don’t read this bit.


Guide To Etiquette In Spain
: By knowing what some of the written and unwritten rules are, you can achieve a successful and enjoyable trip anywhere in the world, particularly in conservative and tradition-bound countries like Spain.

Customs and Etiquette in Spain
: 15 Things Every Visitor Should Know.

Cultural Information - Spain
: As a general rule Spanish people are very curious about foreigners and will be the first to address a newcomer. Spanish culture is very welcoming and wants to make sure the visitor feels comfortable among us.


How Expat Kids Integrate Into Spanish School And Society
: You tend to find that spanish extended families spend their spare time at the weekend together so children play with their cousins rather than school friends.


Most Brits in Spain say no gracias to integration
: While some expats are getting involved in Spanish politics, a lot still fall into the stereotypes of reclusive retirees or boozed-up ravers.


Britsh integration into Spanish culture - video
: About how bad British people in Spain integrate into the spanish lifestyle.

A happy landing in Spain - meeting people, settling in.


Why do the Spanish “shit in the sea”?
: New book explores the origins of puzzling Spanish idioms that sound shocking to outsiders.


Should you kiss a nun? and other conundrums of the Spanish greeting

Social customs in Spain
: All countries have their own particular social customs and Spain is no exception. As a foreigner you will probably be excused if you accidentally insult your host, but you may not be invited again.


Manners in Spanish
: The Basics of Being Polite in Spanish-Speaking Cultures.


How To Kiss A Spaniard
: The Spanish can be an overly friendly bunch of people at times. I have women coming up to me all day trying to kiss my face off. Well, not quite but I often wonder who "needs" a kiss and is it rude not to kiss? Let's take some different scenarios.


I Hate Spain – I Hate Living in Spain & I’m Leaving
: Maybe hate is too strong a word but ok then I dislike Spain, I’ve had enough, get me out of here – whatever your choice, the end result if the same. I’m leaving Spain to go back to the UK.


6 controversial stereotypes about Spain
: Stereotypes can be pretty offensive, even if they’re based on observable features of a culture. It made me wonder: What stereotypes form the image of Spain around the world, as well as inside of Spain?


Spanish stereotypes: statistics tell us they have Mondays, too
: The sun, the beach and the noisy fiesta were commodities exploited to attract tourists – in real life, Spaniards work longer hours than most Europeans, writes Carmen Morán.


12 Stereotypes About The Spanish That Are DEFINITELY True

12 Stereotypes About The Spanish That Are Totally NOT True

Spanish stereotypes: A nation of Don Juans (and Donna Elviras)
: The idea of Spaniards as mighty Latin lovers has stuck – but the statistics are more prosaic


Spain – A great place to live, a terrible place to work?
: Spaniards tend to be less productive and more stressed than their European neighbors.


Ten phrases you'll only hear at work in Spain

Selling a house in Spain : list of documents required