How is the housing market in Hungary? Is it wise to buy now and why now?

It's almost daily news: the developments in the housing market in the Netherlands and Belgium. Stagnating prices, longer lead times and problems with financing. Also in the Mediterranean countries, the house prices are still falling, and there is a lot of panic. But what is the current situation in Hungary? Is it wise to buy real estate there and why now?

The real estate market in Hungary doesn’t compare well with those of other countries, including the Netherlands, Belgium, Germany, Spain, Poland or Croatia. The market is different and depends on several factors unique to the Hungarian society. Of course, the current economic conditions affect the market, but the conditions are quite different than in Western Europe. Also, other factors play a role.

What first strikes in a study of the Hungarian housing market is that average prices are low by international standards; not only historically but even today they are among the lowest in the European Union. Of course, there are outliers and exceptions, including the better districts of Budapest, popular parts of cities like Pécs, Szeged, Győr or Debrecen, properties right on the beach of Lake Balaton or Lake Velence, or houses in popular spas.

The prices of new flats and offices in some districts of the capital increased excessively in recent years, they became unrealistic and artificially high - a situation comparable to the Dutch housing market. As a result of the economic crisis, the property market in Budapest is stabilizing and there’s a marked decline in property prices.

For the largest part of the Hungarian market, the prices were rising gradually over the past two decades but went hand in hand with inflation and the economic growth. Because prices are still relatively low and realistic if you consider the intrinsic value of the properties, there is a much smaller risk that these prices will fall in the coming years. The prices are also low in comparison to the wages. Good news for those considering to invest in Hungarian real estate.

Also, in recent years the prices of building materials have risen much more than the inflation. Newly built houses have become more expensive, and this trend also influenced the prices of existing properties in a positive way; even renovating a property according to your taste is often cheaper than complete new construction.

At the same time, it is true that the Hungarian real estate market is currently relaxed throughout the country: there is plenty of choice in all regions, in all price ranges and virtually every segment type (though objects in unique spots are always rare). The supply of homes is beneficial for clients because they do not have to settle for less than a proper house, plot or commercial property at a convenient location. One does not have to rush and decide under pressure, but one can take enough time to compare the offers. Of course, one must always remember that, as in the Netherlands and Flanders, prices can vary widely between provinces, regions and even places or districts. Property prices west of the Danube are higher than on the east side; and cheaper the farther from the Austrian border, Budapest or major growth centers like Pécs and Debrecen. Weaker economic regions such as the north (east) have a larger supply of houses and have to deal with prices under pressure. Because prices are low, the relative difference can be enormous: a particular type of property is in one place, for example in or near a city far more expensive as a similar house in a small village in the countryside. It is always wise to consider where one wants to live and how important accessibility is; foreigners who only spend their holiday in Hungary or pensioners without a car who will need good public transport. From the perspective of investment it is important to look to the future: how well can you sell a renovated and luxurious house? Selling your home in a region with many wealthy Hungarians and foreigners is much simpler than less popular places without wealthy inhabitants. Austrians are to be found mainly close to their border, the Germans around Lake Balaton and, like the Dutch, Belgians, and other Europeans, in the Southwest; about half of Dutch speakers in Hungary live in the counties of Baranya, Tolna, and Somogy.

The Hungarian buyer and seller know that there is adequate supply, they are used to the current relaxed property market. A foreigner, scared by the many homes for sale (half Balaton seems to be for sale), should be aware of the following. People offering a house for sale in the Netherlands or Flanders, often want or have to move in the short term and take into account to sell within a short period. In Hungary, there is less haste, and people put up their house up for sale 'for when someone comes up” who would pay the desired price. If the house isn’t sold, no problem; If so, then one moves. The abundant supply doesn’t mean that all the houses will be dumped on the market and constitute a direct threat to the development of prices.

In addition to large stock and price stability, the foreigner who calculates in euros (or better yet, who has the luck to receive his salary in Swiss francs) can benefit from an additional price advantage. A couple of years ago the rate was about 250 forints for a euro; the rate now hovers above 300, which means a 20% gain compared to a few years back. That kite won't always get off the ground, because many foreign, and increasingly also Hungarian sellers, sell their property in euros because they have more confidence in the Euro or because they have to pay the mortgage in a foreign currency. Property prices in Hungary, as in several surrounding countries, are increasingly calculated in euros and payment consequently also in euros, eliminating the currency risk, but also the potential price gains. If you buy in Hungary, you can benefit from currency advantage as well speculate on rising prices caused by the further increase of the popularity of the euro.

A temporary additional benefit for the buyer - how sad also for the seller - may be an owner who is forced by the bank to sell quickly. The owner can no longer pay the mortgage granted in a foreign currency and wants to sell his house in euros if needed well below the market price. There are several adjustments planned by the Government to make sure that this system of forced selling is more and more a thing of the past.

In addition to the above, there are still others factors that make it attractive at the moment to buy real estate in Hungary. There is the (possibly only temporary) reduction in the transfer tax: this is reduced from 6% to 4%. More drastic is the decrease in the standard rate on property that is not a dwelling house: from 10% to 4%. Intended to stimulate the housing market and make moving more attractive. Whoever decides to buy can directly benefit from this!

There is also another, a less well-known fact that can be observed more and more: in the nineties and the beginning of the 21st century, several foreigners have bought a (second) home in Hungary, mostly Germans and Austrians, but also Dutch and Belgians. They have bought those objects relatively (very) cheap and paid in German marks. A considerable proportion of these buyers of the 'first wave' has reached a certain age when they consider getting rid of the (holiday) home. Very often involving some beautifully renovated, complete and furnished houses on beautiful locations. Many of these vendors don’t need the money immediately, and because they have bought very cheap, they require no high selling price. They are often willing to include the furniture and accepting large installments providing exciting bargains for a new generation of buyers who can buy a ready-made home without any alteration concerns and costs at an attractive price, considerably cheaper than new construction.

It is always difficult to make general statements about individual cases, but if you ever wanted to buy a beautiful (holiday) house in Hungary, a plot of land or other, the signals are now very clearly green. Although slightly harder to carry around than gold (but also less prone to theft), 'soil and stones' are, especially in times of crisis, a stable investment with a yield higher than that of the bank.

If you take a quick look on the internet, you can often find charming Hungarian houses, if necessary with a pool and on a large plot of land. Often for less money than a little modern caravan (less inflation-proof, depreciation and higher annual fees) or a chalet or mobile home in your country of origin. 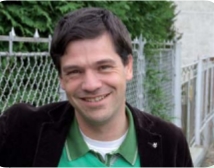 Second homes, renovation objects and holiday homes for sale in Hungary. For sale by owner and agents. Properties at Lake Balaton, in Pecs and many other regions.
More info
A must have for travelling to Hungary
More info

Information on driving in Hungary