Property for Sale in Portugal

Why should you buy property in Portugal? 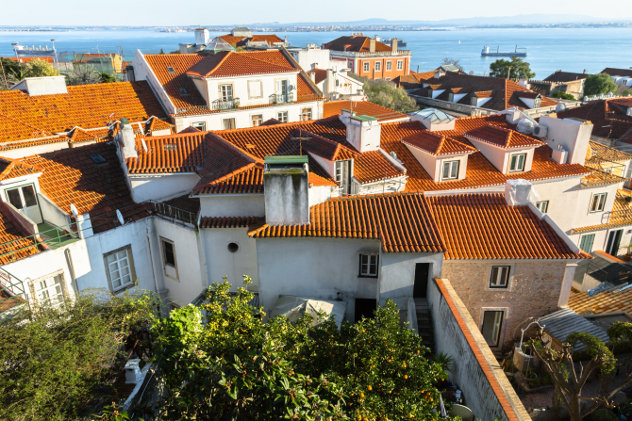 This article is part of a series of 8 articles about buying property in Portugal. The other articles in the series cover the following topics:


Other than in size, Portugal is a vast country in every sense of the word. As a matter of fact, its geographical area is still larger than that of Ireland or Scotland, is twice the size of the Netherlands, three times the size of Belgium, and comparable to the US state of Indiana. The country’s property market caters for almost every budget and taste, and its wide diversity of regions, landscapes, climates, traditions and ways of life, make it a suitable destination (long or short term) for many.

Portugal’s most Southerly region, known as the Algarve, with its mild climate, has been a popular choice for holiday-makers and individuals looking for a better lifestyle for over five decades now and things are not about to change. Current market conditions have forced many developers and agents to lower prices, with special regard to resort properties, where massive discounts can be found in an effort to decrease stock and increase demand. At first, you may think that property in Algarve is plummeting, but having recently witnessed some of the best tourism growth rates ever, the holiday rental market is going strong. So, unless you are looking for short-term capital gains, there might never have been a better time to purchase property in the Algarve than now.

Living anywhere in Portugal you would be as close to surfing hot-spots, luxury golf courses, excellent ski resorts, sandy beaches, world-renowned vineyards, bustling cosmopolitan cities, extensive plains and dense forests, as you would be living anywhere in California. The difference is that the cost of housing and living would be substantially less. Portugal is also a relatively safe country, with Lisbon (its capital and the Portuguese city with the most crime) having the lowest crime rate of any European capital. It is estimated that around 42% of the Portuguese population can hold a conversation in, at least, one foreign language and 23% in at least 2 languages. The most common second language is English, followed by French and then Spanish.

Cost of living and the price of property in the most expensive areas and cities in Portugal are still cheaper than the average cost and prices in most Western European countries. Holiday rental prices are comparatively high though and so offer investors an interesting return on their property. Property prices across the country differ greatly, but anywhere you go you are bound to find good value for money if you do your research.

Folk seeking to start a new life in Portugal are now looking beyond the Algarve and the Lisbon region, with their well-established expat communities, and are exploring the unique advantages the Costa de Prata (Silver Coast) has to offer. Although not as warm and dry as the Algarve, this region puts you within easy reach of Portugal’s two largest cities, Lisbon and Porto, countless palaces, castles and monuments, forests and vineyards, the best beaches for surfing in Europe, golf courses, national parks and the Serra de Estrela ski resort. Property prices in this region are relatively lower and life here is more typically Portuguese.

Nevertheless, even within the more touristy regions, there are still up-and-coming and less explored areas where the situation is reminiscent of traditional areas. In both the Eastern and Western most extreme areas of the Algarve are numerous opportunities for purchasing plots and adopting a country type lifestyle, away from the crowds and busy streets. These are usually perfect spots to refurbish older properties and cultivate the land.

New buildings all over the country have been completed according to strict guidelines, with adherence to the personality and aesthetics of the surrounding areas. This has caused the quality of construction and overall beauty of holiday homes and resorts to be superior to that which one usually finds in built-up holiday areas in other parts of Southern Europe.

Portugal ranks 7th in the world in fastest broadband internet speed and 9th in terms of best internet service prices; so, if you plan on moving to Portugal permanently, or spend a decent part of the year in that country, keeping in touch with family and friends back home will not be a problem. Local private cable and satellite television services also offer a wide range of television shows and channels in almost all the major European languages.

Although Portugal was not too long ago considered to be a very bureaucratic country, especially in regard to official procedures involving the state, the country now occupies first place in the ranking of availability and sophistication of public services online in Europe, according to the European Commission. The Simplex program (Launched in 2006) has paved the way to making it possible to complete an array of legal affairs that would previously have taken up to a few months, in a matter of a few hours. The government authorised the creation of “one-stop-shops” nationwide where matters such as civil, business or property registration, etc. can all be taken care of in one single location. Demonstrating the impact of this initiative, is the current possibility of being able to set up and register a company, from non-existent to completely legal, in 47 minutes in Portugal. In practical terms, the Simplex program has made the whole property registration process transparent, safe and secure, meaning that the entire legal process of transferring ownership can be completed in a single day.

Property for Sale in Portugal

All types of property for sale in Portugal by private sellers and estate agents. Find your perfect villa, condominium or apartment in the Algarve or the Silver Coast
More info
Very good resume of Portugal
More info