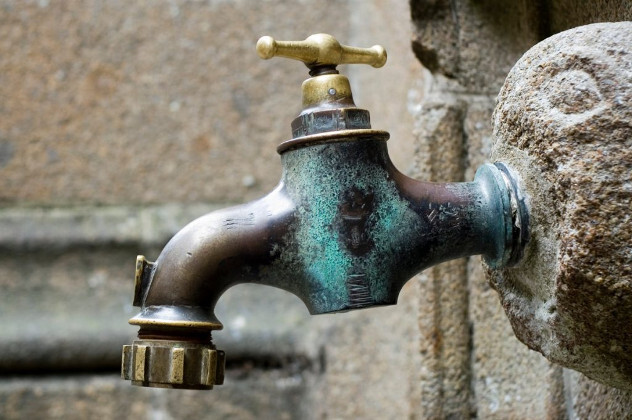 The water supply in Italy is well regulated. The costs are low compared to other countries in the European Union. The average monthly water and sewage bill in Italy are 20 Euros. In France, this is 31 euro. Italians on average use more water than Spaniards and French people. It is striking that due to leakage, broken water meters and theft, approximately 30% of Italian water is not passed on to customers.

The south of Italy is arid. In some parts, it doesn't rain between June and September. In the south, there is plenty of water in many places. If you live in the countryside, it is good practice to have a water cellar or cistern to collect rainwater. In winter the water cellar fills with rain, and in summer you can use the water. You can also let a tank car come in the summer to have the cistern refill. New laws on energy efficiency will increase the score of a house with a tank due to the recycling and saving of water. You can also ask permission to drill a well. However, it depends on a little bit on the location of your home. For example, you can't build a new well within 150 meters of an existing well. Via a well, you can extract up to half a liter of water per second from the groundwater. In the south of Italy, there is sufficient groundwater available in coastal areas and some parts of the inland area. Climate change will in the future put further pressure on water supplies, particularly in Apulia, Basilicata, Sicily, and Sardinia.

In the province of Lazio there are areas where there are too much arsenic and fluoride in the tap water. This is a natural contamination of groundwater. The EU has instructed the Italian authorities to purify the water, but this has not yet happened. It does indicate that it is wise to be informed of the local situation. Italians are also among the largest consumers of bottled mineral and spring water.


Water supply and sanitation in Italy

Does anyone know how water systems work?

All types of Italian property for sale by private sellers and estate agents. Find your perfect houses, farmhouses or apartment in all regions of Italy including Liguria, Tuscany, Umbria and Marche.
More info
A delightful little course
More info

Checklist for the buyer of a house in Italy

Checklist for people who want to buy a house in Italy: watch out with buying a property from an inheritance, do not accept a definition as 'as seen' (visto e piaciuto) and don't buy an illegally built house. A few helpful tips and tricks for people who want to buy a farm in Tuscany, an apartment in Liguria or a house in the Abruzzo.
Read more
More articles
Italian - English real estate dictionary
Italian mortgage market recovers very slowly
Business dos and don'ts in Italy
How to order a cup of coffee in an italian bar
Cookbooks Italy
Resource links for Etiquette & Customs in Italy
Do You Want to Live the Italian Dream? A Guide to Buying Property in Italy
What Documentation Do Foreigners Need to Buy Property in Italy?
What are the Costs of Buying a Home in Italy?
Buy to Let in Italy
Temperate Paradise: The Italian Climate
What Taxes Will You Pay when Buying an Italian Property?
Mortgage Italy: practical tips for applying for an Italian mortgage
Pros and cons of buying a house in Italy
Why are old, dilapidated rural dwellings in Italy so expensive?
The role of the geometra in Italy
HouseItaly page on Facebook and Twitter
Overview of well maintained blogs about Italy
Ten tips for buying a farm in Italy
The Purchasing Process for Italian Property in Detail
Finding a Good Estate Agent and their Role in Italy
Resource links for Taxes in Italy
Glossary of Itallian Property Types
Overview of interesting Italian food blogs
Code Fiscale Italy
Italian regions with cheap houses and apartments
Recommended reading on buying property, moving, living and working in Italy